Legos and the Rocket Army 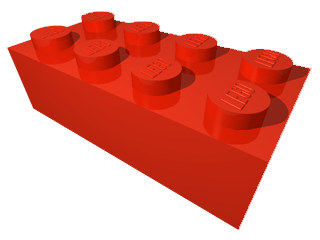 A long time ago, there was the Republic. Then the Agents. And then... Rocket Team, which became today's Rocket Army. They rule my Lego world. Rocket, their leader, is too powerful to ever be challenged. If the Rocket Army was evil, it would be unstoppable. But it is not. Or at least not yet... But first, let's start with the origins of the Republic. Prepare, as this story goes back to 2012, to when I was five years old and recieved my first Lego Star Wars set.

The Origins of the Republic

When I recieved my first Lego Star Wars set, I used it a lot, and started asking for more and more and more, and every year, my collection grew. And eventually, I set up the largest Lego kingdom I have ever made, even larger than the current Rocket Army. But as the years passed, many of the Lego people I had built started to get killed off, or disappear, lost in the depths of my random Lego bins. But there were a few that never went. The Jedi.

Rise of the Agents

By this time my little sister had joined in the Lego action, and she made a character called Lego Master Madi as soon as I made a Lego version of myself, Lego Master Gabe. The two characters witnessed the rise and fall of many enemies of the "Republic", as we called it. But in 2018, things changed. The Republic started to get weaker, and there were less Lego people in it. The evil Mech, and the weak but many 1990s-type Lego people called Minions, were on the rise to power. So a new group appeared. The Agents. Among them were Rocket (a Phase II clone trooper), a few I can't remember, and their leader, Tommy, who wore Boba Fett gear with a JEK-14 helmet. They considered themselves to be neither good nor bad, yet they fought the Minions. As 2019 started and came to its middle, things escalated. And it all led up to the final battle with the Minions.

The Final Battle and the Fall of the Agents

This was all or nothing. The Minions were making their last stand, as the Mech had been defeated many times, and they assumed it was dead for good. The Agents and the Republic both took part in this battle. Rocket, Tommy, Master Gabe, Master Madi, you name it, they were there. It went down something like this: The Minions flew in on a red platform, and they all readied up as the Agents and Republic charged forward. Many from both sides died, but all of those listed above survived, and the Minions were defeated, and their reign ended. But they were unaware there was a traitor in their midst. After the final battle, the Agents and Republic met for a talk of joining together and becoming one superpower. But Rocket snatched up a rocket launcher and, to everyone's shock, started killing all of the Agents and Republic members. He escaped before they could retaliate. Tommy, Master Gabe, and Master Madi survived, along with a few others. Suddenly, though, Tommy was captured! The remaining Republic members decided to merge with the Agents. They found out that Tommy had been captured by Rocket, and the Republic and Agents organized a joint rescue mission. They spied there for a bit, and they discovered that Rocket was planning to kill Tommy. They launched the attack on Rocket, but it failed. Rocket did decide to not kill Tommy, though. Just as Tommy was about to leave, Rocket grabbed a sword and killed Tommy. The remaining Republic and Agents escaped, however, and went into hiding as Rocket emerged victorious.

Rise of Rocket Team and the Present

Rocket grabbed his weapons and wreaked havoc for a month. He destroyed 1x1s Royale, the City, and many others. But eventually he found himself folllowers and gathered them into a team, naming them Rocket Team. They killed anyone that tried to stop them, and eventually they hunted down the last of the Republic and Agents and killed them all, except for Master Gabe and Master Madi, who escaped (again). He then pulled together more and more people, and grew Rocket Team substantially. Now, Rocket Team has become Rocket Army. They are unstoppable. Never has anyone beaten them, and probably no one ever will. The Agents 2.0 have arisen, though. They may pose a threat to Rocket Army and their reign.


Learned how to get the content to shrink depending on browser width using: https://stackoverflow.com/questions/1719452/how-to-make-a-div-always-full-screen/23951500